You are here: Home / Alzheimer’s Care

Persons with dementia have a very unique journey.  We at The Green House at Calvary wish to walk along side the elder and their family as they journey through the many stages of memory loss. 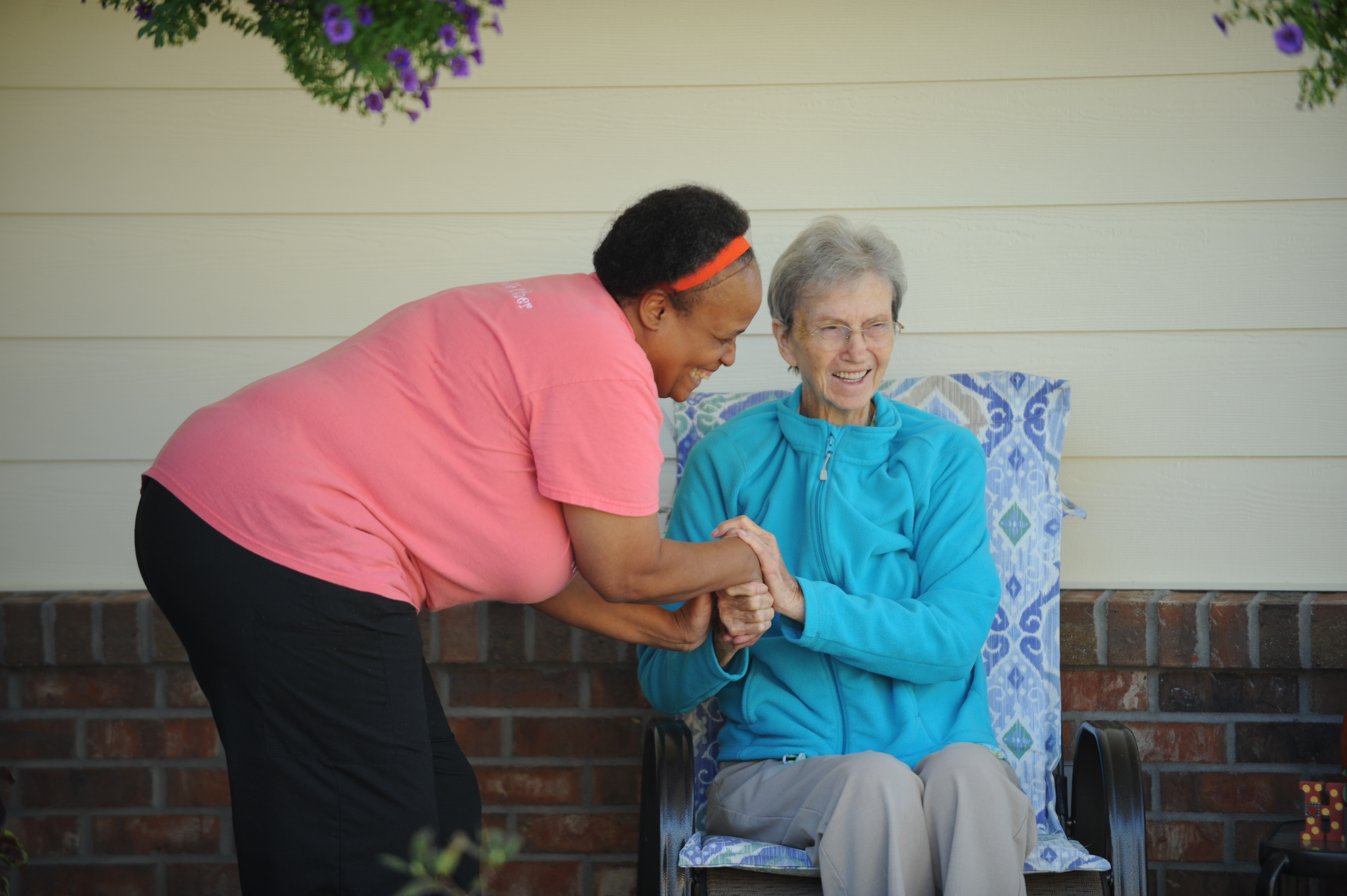 At The Green House at Calvary Personal Memory Care Home, we strive to nurture relationships with all involved – the elder, the family, the staff, the visitors.  We understand dementia and know that it affects each person differently.  Deep knowing of each individual person is the key to success.

Dementia is the progressive decline in cognitive function due to damage or disease in the brain beyond what might be expected from normal aging. Particularly affected areas may be memory, attention, language and problem solving. In the later stages of the condition, affected persons may be disoriented to time, place and person. Early symptoms of dementia often consist of changes in personality or in behavior. Dementia can affect language, comprehension, motor skills, short-term memory, ability to identify commonly used items, reaction time, personality traits, and executive functioning. Even without signs of general intellectual decline, delusions are common in dementia.

What is Alzheimer’s disease?

Alzheimer’s disease is a neurodegenerative disease characterized by progressive cognitive deterioration together with declining activities of daily living and neurosychiatric symptoms or behavioral changes. It is the most common type of dementia. The most striking early symptom is loss of short term memory which usually manifests as minor forgetfulness that becomes steadily more pronounced with illness progression, with relative preservation of older memories. As the disorder progresses, cognitive impairment extends to the domains of language, skilled movements, recognition and those functions (such as decision-making and planning).

Imagine a place where Elders can gather around a hearth and share stories while the scent of baking drifts throughout the house. Perhaps some swap cooking tips and favorite recipes in the kitchen with the staff. Others may prefer to sit in the garden and enjoy the sunset. The Green House makes this vision a reality.

We have great peace of mind with the care that our sister receives at Green House II. The staff show skill, love, and concern and seem to anticipate the elders’ every need. All this is done in pleasant and tasteful surroundings. Bettye and Gloria
I thank the entire staff at Green House II for the loving care you gave my mother (Ethel Barron) during her three and a half years living there. You made her life a blessing with all the loving care of being at home with you. She loved each of you as… END_OF_DOCUMENT_TOKEN_TO_BE_REPLACED Cynthia Barron
I chose the Green House for my husband, Jerry Hooks, because of the open floor plan. He can sit in the privacy of his room but with his door open he can observe any activity from the Great Room to the Dining Area. He can choose privacy or company. Betty Hooks
My Mother has thrived since moving to The Green House 1 at Calvary in December. The Caritas and Guide are like family members to the elders and their family members. Their care of Mother is personal and professional. She is pampered! Lydia Wescott
We were so excited for my husband’s Mother to get her room at The Green House. I have heard many good things about this ministry in my experience as a nurse, and the reality has exceeded my expectations. With The Green House we know she is in good h… END_OF_DOCUMENT_TOKEN_TO_BE_REPLACED Randy and Carol McGee
The staff at The Green House were so kind and welcoming that it made for a very easy transition, and Mother settled in right away. The activities they provided gave meaning to her days, and made her feel a part of The Green House family. Myrna Cartledge
Every person at the Green House has the HEART for taking care of people like our dad, who could be a handful!  We love you all and will continue to pray for the Green House and all who work there.
I just can’t say enough about the care, love and dedication of the staff. I do not have to worry about my mother when I am not there because I know she is receiving the best of care that can be given. The Green House at Calvary is truly a home that G… END_OF_DOCUMENT_TOKEN_TO_BE_REPLACED Donna Murphy & Family
Having studied this philosophy of care, I knew what The Green House “should” be; and it was. I will never forget just how much Angela and the Green House team did for my Mom. It were the best alternative to “being at home”. Clara Ellis
My dad was a resident of The Green House at Calvary for two years. He lived with me for a year before moving into The Green House. . . .The staff took care of him like he was their dad . . . Everyone at The Green House is family. Bob Greer